Amateur carpenters who have laid out the cuts in a stair stringer (the zig-zag structural support for the steps) know the queasy feeling that bubbles up at the prospect of this job. There’s the simple-but-odd math and logic involved. Then there’s the layout of the cuts, followed by the cuts […]

Amateur carpenters who have laid out the cuts in a stair stringer (the zig-zag structural support for the steps) know the queasy feeling that bubbles up at the prospect of this job. There’s the simple-but-odd math and logic involved. Then there’s the layout of the cuts, followed by the cuts themselves and, sometimes, disappointment and fiddling with the thing that you just cut out.

All that sweaty-palm carpentry takes the fun out of what should be a chance to do some unusual woodwork that comes out well.

I cut my first set of stairs decades ago, and although they came out well, I know too well how frustrating the experience can be. I don’t cut stair stringers every day. Most of the time, I go years between stair jobs when I either have to cut them to help a neighbor or on some volunteer job. That’s why I’ve come to rely on a variety of hacks that help me get my head into the job.

Professional carpenters may scoff at these techniques as carpentry with training wheels. They are. But it’s important to remember that I’m not a carpenter. I’m a well-intentioned amateur. And if you are too, there’s nothing wrong with a little assist.

To that end, this article has four parts:

There are three simple things you can do to make stair stringer layout a lot less stressful.

One of the most powerful tools that helps me get a set of stringers correct on the first try is to make a model of them using a scrap of plywood. Rip this material to 11.5 inches wide (the actual width of a 2 x 12) and draw out the riser and tread cuts on it. (The risers are the vertical cuts in the stair stringer, and the treads are the horizontal cuts.) Draw the tread and riser cuts lightly in pencil. If your layout turns out wrong, you can either erase the lines or flip the model over and draw again. Don’t be embarrassed if it takes you several tries to get it right.

Yes, if you prefer you can do the draw-and-erase model on a piece of 2 x 12 stock. But there are some benefits to the amateur carpenter of making a plywood model (a template, if you prefer). We discuss that in the tips section.

Use a simple piece of lined notebook paper and draw a visual model of the stringer’s treads and risers on it. It doesn’t have to be to scale; all it needs to be is neatly drawn. It sounds crazy, but this thing forms a map. Tear it out and turn it until the long axis of the sketch you’ve drawn is aligned with the long axis of the stringer you’re marking out. Just like a map that helps orient you to the land, the sketch forms a guide that orients you relative to the lumber. With that map in front of you, you can more readily get your bearings, and that queasy lost-in-carpentry-outer-space feeling departs.

The worst thing you can do in laying out a stair is to start guessing. Stair math does not have to send you screaming for the exit. Stairs come down to this: They are nothing more than an even division of the height that the stairs will reach, and an even division of the length that the stairs will span. This will require a few simple steps of division and multiplication using a calculator.

Here’s a tutorial on the basic math necessary to calculate your riser heights, click here. You’ve got this. If you can operate a calculator, you can do this calculation.

Step 1: Measure for the stringer

Step 2: Set up the square

Step 6: Drop the stringer and make the remaining cuts

Mark and cut out stringers with more confidence.

Lay out from the tread-riser side

When marking out a stringer, stand on the same side of the lumber (whether it’s the 2 x 12 or the model) on which you are marking out the riser and tread cuts. This is easier for two reasons. First, it helps orient you more quickly to the stringer’s overall geometry. Second, it’s easier in that you don’t have to reach across the lumber to do the marking out.

Use a piece of stair tread material to mark this thickness or use an adjustable combination square with its blade set to the tread thickness to draw the line across the bottom of the stringer.

Most stair tutorials that I’ve ever read tell you to measure vertically to get the stair height. For example, measure from the deck height to the ground or to a concrete slab. Or measure from the kitchen floor to the basement slab. There’s just one problem with that. That point that you’re measuring to is not where the stairs will land, which is anywhere from a couple of feet to several feet away. If the ground, floor, or slab where the stairs land is level with your measuring point, you’re good. If not, you need to take into account the difference in measuring height created by that slope.

How do you analyze and account for this height difference? Use a level spanning the point from where you measured to where the stairs land. Next, use some shims to hold the level up and measure the height of the shims. Then add or subtract that dimension from the measurement taken at the measuring point.

Use a straight edge or stair gauges

Never try to position a rafter square along your stringer stock freehand. You need to have stops that firmly hold the square in position so that you can make a consistently accurate mark at each tread and riser.

There are several ways to do this. We show two: You can use a straight edge, whether that be a ruler or a straight piece of wood, and clamp it to the square using small C clamps, or you can use an old fashioned set of brass stair gauges that clamp directly to the square and act as stops.

The problem with stair gauges is that unless you use the square again to mark out another set of stairs (or rafters), chances are pretty good that you will not use them again. I suppose you could use them as measuring stops around the shop, but it’s probably not the kind of thing you’re going to find yourself doing everyday.

On the other hand, if you have any kind of a straight edge and some small C clamps, you don’t need to buy anything. You can lay out your stairs with that. And to give some needed credit where it’s due, this little bit of stair layout expertise is courtesy of the late Andy Engel, who wrote the book on the topic. Through the years, Andy advised me and many others on the finer points of carpentry.

A method that we don’t show is a time-honored one in which a carpenter cuts out a small triangle that represents the tread and riser. They take that little triangle and screw or nail a straight edge to it. They simply slide that gadget along the board’s edge and use a carpenter’s pencil to mark the perimeter of the triangle. This neatly marks out the tread and riser heights. It works. If you lack stair gauges or small C clamps and you can accurately cut out such a triangle, it’s worth a try.

Use the model to verify that your stringer math and geometry are correct. Cut the top and bottom angles on the stringer model, and put the model in place to see whether it fits the space and lands where you need it to land. Measure up to verify riser height. The model should land at or near the pencil mark that you made for its estimated landing.

Assuming that you’ve cut the model accurately, it will also reveal any slight trimming that may be necessary at the head of the stairs or the foot to accommodate surfaces that are out of plumb, out of level, or even curved (see more on that below). It’s easier to make those adjustments on a plywood model and trace them onto the 2 x 12 stock then to try to do that on the 2 x 12 stock directly, which is thicker than the plywood model, not to mention knottier, heavier, and generally more ornery to work with.

Use the model to check for level

Set a torpedo level on the top tread to verify that it’s level. Every subsequent tread will also be level, assuming you cut each one accurately.

Use the model, or even make a pair, to help analyze how the stairs land when they come down on a really difficult surface, such as a badly done concrete slab in a basement that’s not level and full of lumps. A model is super helpful in these instances and will assist you in cutting a pair of finished stringers that require no shims to account for a poorly done landing surface.

You can slide the model along on 2 x 12 and use it as a way to layout the stringer in the optimal position so that the stringer will be taken out of the part of the board with fewer knots and defects, like cracks. Using the model for this optimal positioning is easier than sliding an actual stringer, especially in stairs where there are more than two stringers.

When the stair has only two stringers, it’s no big deal to cut one stringer and use it to copy the second. But in cases where the stairs are wide, you may have anywhere from four to eight or even 10 stringers to cut (and occasionally even more). Suffice it to say, the more stringers you need to copy, the handier a template is to use to ensure optimal positioning to take out knots and defects or just to ensure the stringers are accurately duplicated.

A circular saw will enter the lumber at an angle when cutting out stair stringers, and this causes the guard to hang up, exerting an uneven force on the saw that throws off your cut. You counteract this by carefully lifting the blade guard clear with your thumb placed on its lifting lever. Do this at the beginning of the cut. When the blade is fully engaged in the lumber, you let the guard back down. Obviously, there’s some danger here in that the blade is fully exposed at the beginning. Still, you have to do it. Be careful.

Stop the circular saw at the intersection of the riser and the tread and finish the cut with a handsaw. If you overcut at this intersection, it does allow the waste piece to drop out, but you weaken the stringer by creating what is called a stress riser; this is a corner where forces intersect and are intensely focused. Over time, the forces acting on the stress riser by the two overcuts will crack the stringer. And a cracked stringer increases your stress, it doesn’t alleviate it.

This content is created and maintained by a third party, and imported onto this page to help users provide their email addresses. You may be able to find more information about this and similar content at piano.io

GoLocalProv | What You Can Buy for About $1.3 Million

Sat Jul 30 , 2022
Saturday, July 30, 2022 GoLocalProv and Mott & Chace Content Partnership   The market continues to see increased prices and limited inventory. The folks at Mott & Chace Sotheby’s International have three premium new listings. All three properties are priced at about $1.3 million. For those needing to see what […] 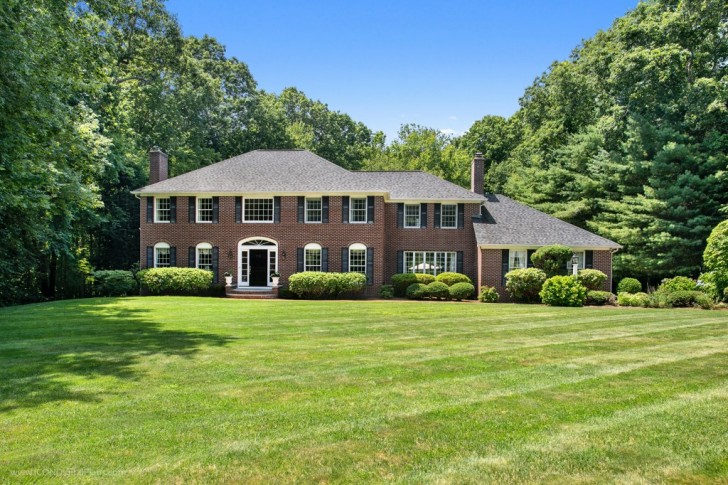